A Nation of Immigrants

Ours is a nation of immigrants. From our very founders to our modern brothers and sisters, the United States has been built by generations upon generations of immigrants. But despite the fact that our country wouldn’t be what it is today without those generations of new Americans joining our citizenry, we have an immigration system that is utterly broken. As a Union, we deal with the real-life consequences of this broken system every day. Areli Zarate, an Education Austin Steward and Spanish Teacher at Austin High School, told her personal story of seeing the effects of our broken immigration system in her students’ eyes, to the Austin American-Statesman: 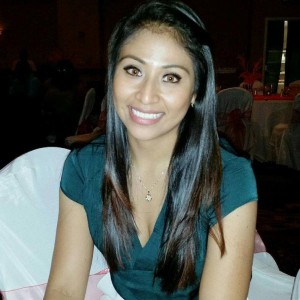 As a high school Spanish teacher in Austin, I see fear in the eyes of some of my students.

It is the kind of fear that is based not on “if,” but “when,” their lives will change for the worse. Powerless to stop it, these students wait with worry, unable to focus on classwork, to eat or sleep well, or even to stay healthy.

I do not just hear their stories; I share their fear of coming home at the end of a school day and realizing that a parent has been lost, inhumanely swept into the system of needless deportations.

My mother, like the parents of some of my students and like millions of Americans across our nation, does not have legal status. She too is waiting to apply for President Barack Obama’s immigration initiative Deferred Action for Parents of Americans and Lawful Permanent Residents, known as DAPA, which has been blocked by a lawsuit that could be decided soon by the U.S. Supreme Court.

That I am a teacher is due to the president’s earlier initiative, Deferred Action for Childhood Arrivals (DACA), for people like me who came to the U.S. as children without documents.

I entered the University of Texas with the ambition of becoming a teacher so that I could give back to the country that let my family believe in the “American dream.” I also knew that my own dream to teach might not become a reality because, without lawful presence, I could not be hired after graduation. I breathed a sigh of relief in 2012 when the president announced DACA.

But my happiness, and that of my three brothers who also have DACA, is incomplete because of the worry that my mother can be deported any day. That possibility also weighs heavily on my 14-year-old brother, who is a U.S. citizen.

As a resident of the state that led the lawsuit to stop the expansion of DACA and the new DAPA initiative that would help my family and so many others, I feel frustrated that decision makers refuse to see us as real people instead of political debate points. Their actions have major consequences.

I think of a former student who was earning top grades until her father was deported. She and her two siblings and mother were left homeless because her father was the family’s sole provider. Staffers at school reached into their pockets to try to help them, but their trauma did not end until the father returned.

Just a few days ago, another student confided in me the possibility of being eligible for DACA. I suspect the information is not being widely shared because undocumented students also fear being rejected by their peers, especially while the media keeps broadcasting hateful, anti-immigrant speeches by too many political candidates. The students don’t know who to trust.

We face uncertain futures. In my own family’s case, DACA and DAPA give us hope. But sometimes, hope turns into horror at the thought of being deported to a violent region of Mexico that we do not know; a country that my parents left so that they would no longer have to choose between food and school for us. Here, we are succeeding and living the American dream. I fear that without DAPA and expanded DACA, our dreams can too easily turn into nightmares.

My students and I are members of strong families with real ties to our communities. We strive to work hard, to become respected professionals and to succeed in life.

We look forward to the day when we can march into a future built on the promise of an America that breaks down barriers instead of building walls. That promise is now front and center at the U.S. Supreme Court. I pray that they don’t let us down.

To quote Education Austin’s Vice-President for Certified Employees, Montserrat Garibay, “Sharing our stories is essential to change the hearts and minds of people.” We have learned that there is great power in our stories. If you have a story relating to immigration that you would be willing to share, please let us know. These stories are what we need to move public opinion, and push to fix our desperately broken immigration system. So please share with us like Areli did, and help us change the narrative.

If you have an immigration-related story to share, please email us.